The perfect day doesn’t start at dawn. Not even at breakfast. It’s only in our heads that time is regimented so.

No, the perfect day begins much later. You’ve already walked for an hour or so, and the sand has heated up along the water. The sun’s risen high enough that you can feel your skin crisping beneath it. You stopped to eat–peanut butter and jelly–and to drink water, all of you sharing water bottles, no one caring. The tide has turned, and it comes in a foot or so while you sit, the shore so flat that the water travels quickly.

You finish lunch and continue on. You walk in the water with your daughter, while the others go on ahead. Last night you thought, over and over, like a chant, like a prayer, show me something tomorrow, let the magic be there. As the two of you talk about something else–the feel of the waves on your legs, maybe–you see a horseshoe crab moving with the water. The beach is littered with the shells of them; you’ve seen them every year. This one, though, this one you pause for, and realize it’s not moving with the water, it’s moving on it’s own.

You shout. This is what mothers do, the need to share becoming so constant that you do it even when alone, even with strangers who wonder why you must point out a train to them. You shout, and everyone turns, and you jump up and down in the waves and point, and they come running.

You lift the crab out of the water, because you want to feel it, and its legs scuttle against your fingertips, and it points its long tail straight up from its shell. It’s alive, you say, as if it’s not obvious, as if everything about it doesn’t scream life.

Then, suddenly, there are more. They are scurrying across the sand like carapaced bumper cars, hurrying along, between legs, over feet, up to the water’s edge and back out again. Here and there are mating pairs, the female half buried in sand, more like a rock than a crab.

First full moon in June, your husband says, and he’s right. You hadn’t thought of it, had spent the full moon inside your tent listening to the rain fall. The rain wouldn’t have bother these crabs, these prehistoric remnants intent on survival.

You swim. Not at first. You watch your children go in first, then your husband, and you stand in the water, which seemed so warm when it came to your ankles, and so much colder when it reaches your waist. Come in, they coax, come in. You explain how it is cold, and they promise it really isn’t, and another crab, not a horseshoe, no, one with claws, scrambles on your foot, and you jump in.

It isn’t warm. It’s okay, because you’re swimming, all four of you, and it’s just you and the crabs and a school of little fish, and a few kayakers far down the beach. The water is clear, straight down to the bottom, and it’s coming in fast, chasing after the clothes left on the beach.

When you’ve all finished, and gotten out of wet suits and into dry clothes, suddenly you’re hot again, as if you’d never swum, but it’s time to move on. More horseshoe crabs, some with tags from a research project, and you dutifully call them in in exchange for the promise of data about their lives.

Then you’re off the beach, for a bit, and into the marsh. No one else, just the four of you, and the tide now starting to go out, and everything smelling of salt and mud. You’re walking trails you’ve walked every year, only they are different, because the water changes everything, and you are different, all of you, because time changes you too. How many more times will you walk these trails before your kids move on? How much bigger the footprints they leave, some of them dwarfing your own.

The plovers are nesting on the other side. There are fences and signs with arrows, and you follow them out to another point, another familiar spot. Here, the seals pop up to stare at you, and you all take turns inventing their conversations, as mundane as your own. Look, another just popped up. What do you think they’re thinking. The gulls claim this point as well, and, buried amongst them, a pair of eiders, black and white also, but with their own distinct waddle.

The sun’s finally lower on the horizon, and it’s back through the sand and up among the pine trees, headed home. You stop to show your daughter the ant lions, their terrible jaws leaping up when you dislodge a few grains of sand. Back, back, along the edge where the tide fills an area that was mud when you first came out. Along fiddler crab holes, along the grasses the shorebirds hide within. To a bend in the trail where a diamondback terrapin mama stomps along, hissing as you approach. Her shell is notched and cracked, a battle-scarred veteran of roads and cars. No time to stop, she hisses, I must be on my way.

She is. You are. The tide, the sun, the moon and stars. All hurrying on their way. But for a moment, an afternoon, you believe there is no time, just the change and the not-change, and being alive.

I can’t speak to how all depressed minds work, merely my own. During low periods, my ability to think linearly tends to shrink. Instead of traveling from point A to point Z, with stops all through the alphabet, I go from A to B and back to A, round and round, endlessly. It makes for less than interesting conversations, and equally dull posts.

So I haven’t had much to say.

Yesterday I went on a hike with a friend. We started in the rain and ended in the sun, went around and up and back down what passes for a mountain in this area of the world. Almost to the top, we heard a noise and found a large porcupine a few feet off the trail. (If you haven’t made the acquaintance of a porcupine before, you can look here.)

This fellow wasn’t particularly threatened by us. He showed his back, shivered his quills a little, and, once he was sure we weren’t likely to try to eat him, sidled up to a raspberry cane and put a leaf in his mouth. My friend and I stood there and continued our conversation and the porcupine kept eating. All was fine until I responded to something in a rather loud voice. The porcupine gave us his version of a sigh and a dirty look, and ambled away. We offered our apologies and went on our way as well.

That’s more or less the height of excitement around here this week. 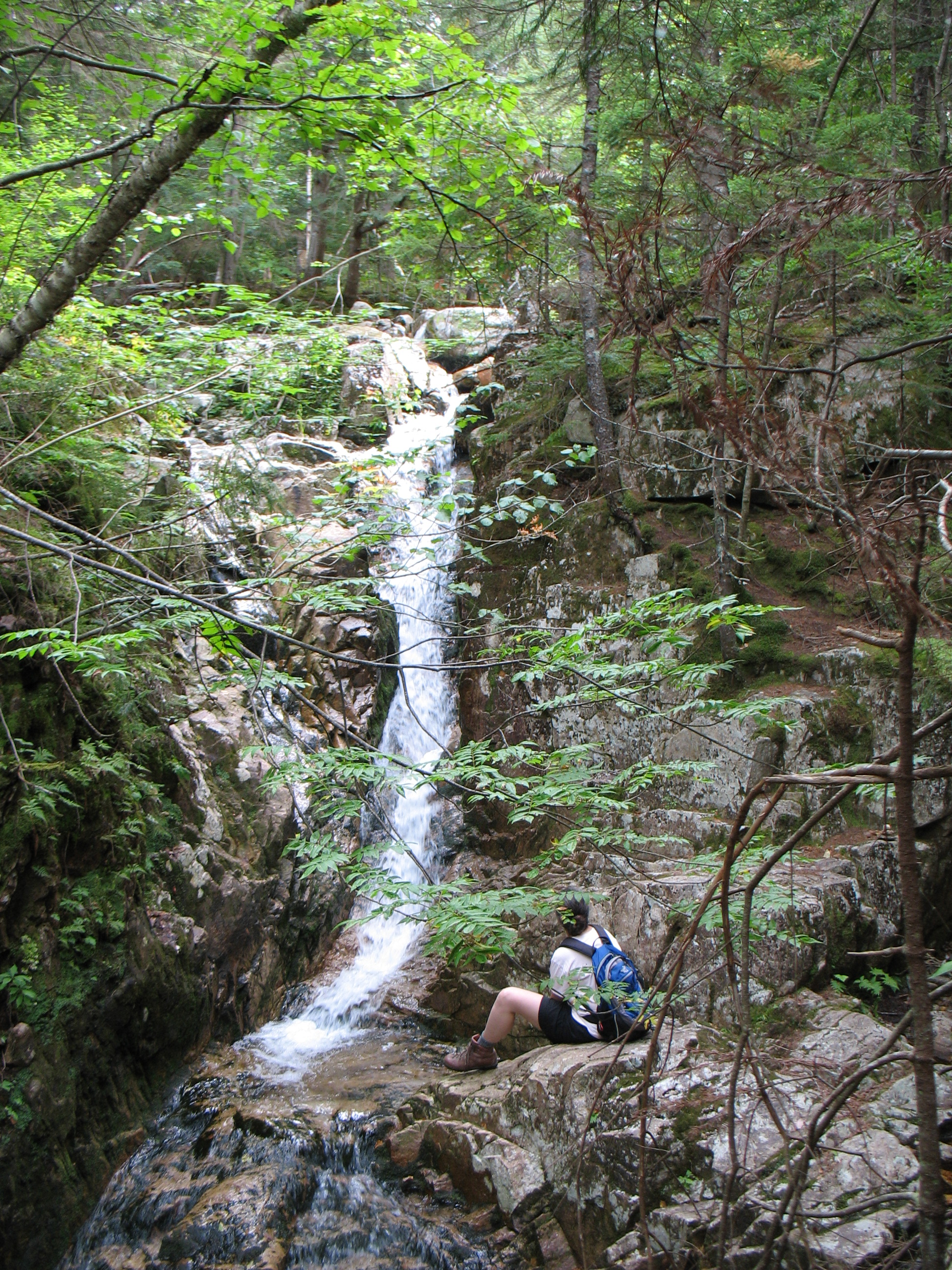